The High V.LO-City project organised its final conference in Groningen, Netherlands, on Wednesday the 27th of November. The conference saw the project partners and interested participants coming together to discuss the project results, lessons learned and the future of zero emission buses. High V.LO-City is one of the FCH-JU funded bus deployment projects which are raising awareness and acceptance of fuel cell technology in public transport. The experience gained by the operators in the project through the deployment of buses and their refuelling infrastructure, enabled them to prepare the integration of further fuel cell busses into their fleets. The conference served as a platform for policy makers, public transport operators and fuel cell and bus manufacturers, to discuss the future deployment and commercialisation of fuel cell buses in Europe. 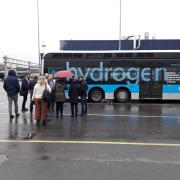 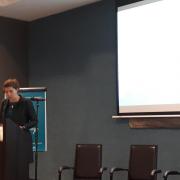 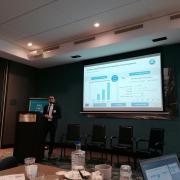 Site Visit: Prior to the conference, the participants had the opportunity to visit the Qbuzz bus depot in Groningen. Qbuzz has committed to sustainability and is transitioning towards zero emission vehicles for its entire fleet in the coming decade. Today, they already have a large zero emission bus fleet including 70 battery electric and 2 fuel cell buses. They are currently preparing for the integration of up to 30 additional fuel cell buses within the next year. The bus depot is therefore being modernised and extended with hydrogen refuelling infrastructure.

Session I: The first session of the conference discussed the specific policy landscape of Groningen and the role of the FCH JU in promoting the development and deployment of fuel cell buses in Europe. Emission reduction targets at local levels set clear requirements for public transport operators to decarbonise their fleets. Fuel cell buses are a solution to decrease carbon emissions from public transport and raise awareness for hydrogen technologies overall. When public transport operators are faced with required emission reduction, they can create business cases and investment plans based on calculated foresights to phase out conventional fuels. FCH JU funding has enabled manufacturers to decrease the prices of fuel cell buses continuously, thus making them a viable alternative to other zero emission buses. Attention should be given to the drivers of the buses, as they are the main interactors with the technology and are key to successful deployments. 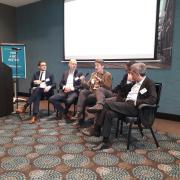 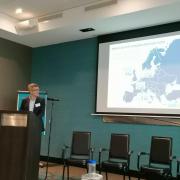 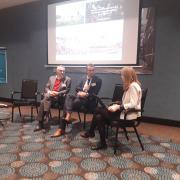 Session II: The second session presented and discussed the project, its lessons learned and experiences gained. The manufacturer in the High V.LO-City project was able to standardise aspects of the production and service procedures around their fuel cell bus model. Problems that the project encountered were discussed – including delays in supply chain, difficulty to access refuelling infrastructure and technical issues non related to hydrogen or fuel cells. The provision of spare parts has been scaled up during the course of the project in an attempt to improve the technical availability of the buses. Most of the project partners will continue to operate their fuel cell buses after the end of the High V.LO-City project, and some have plans to further transition to hydrogen in public transport – Aberdeen and Groningen for instance. 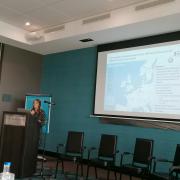 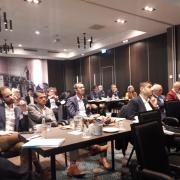 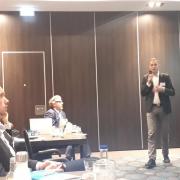 Session III: The third session saw the discussion broaden its scope to the availability of the technology and the next steps for fuel cell buses in Europe. The FCH JU projects Jive I+II are continuing what has been started by previous fuel cell bus deployment projects. A further reduction of prices will be achieved by deploying larger fleets and using the full capacities of hydrogen refuelling stations. Many bus operators in Germany and other EU countries have voiced their interest and are investigating the procurement of fuel cell buses. Manufacturers of buses, fuel cells and the corresponding infrastructure presented their plans to scale up and diversify the production of fuel cell buses to meet all demands, in the near future.

The final session wanted to conclude with a video from the New Energy Coalition, you can finally watch it via this link https://newenergycoalition.org/en/hydrogen-valley/

THE HIGH V.LO-CITY PROJECT TEAM WOULD LIKE TO THANK ALL PARTICIPANTS FOR ATTENDING THE FINAL CONFERENCE!